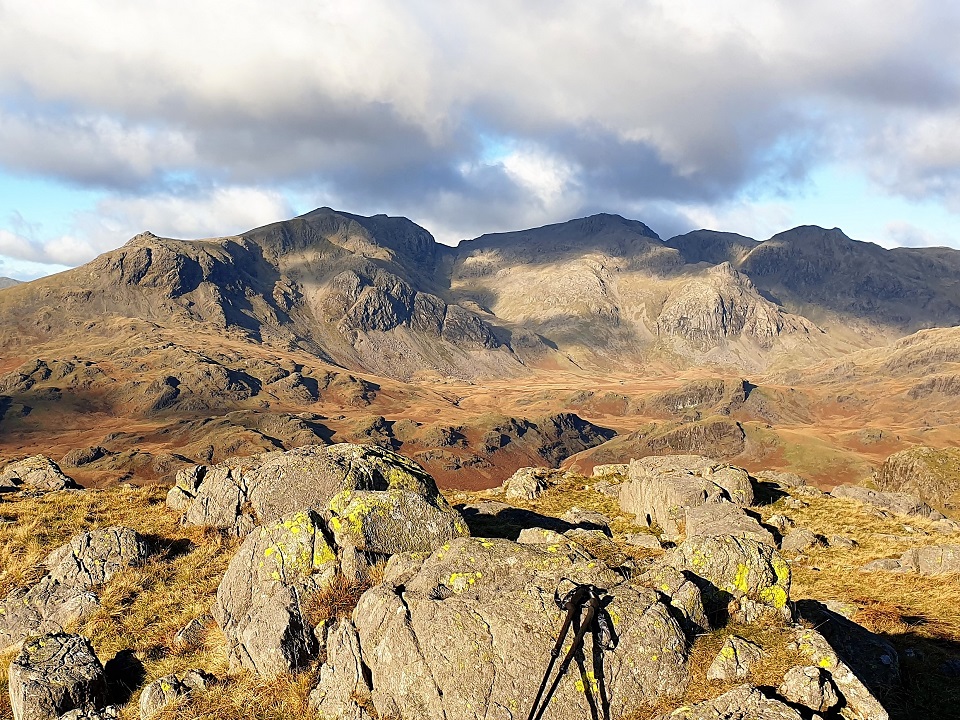 Hard Knott tends to evoke thoughts of its vertigo inducing switchback road of 30% steepness and, arguably, the world’s most challenging cycle sportive (The Fred Whitton) which goes over it (and all the other super steep Lakeland passes) in one day.  Hard Knott is also though, a solitary Lakeland summit easily reached in 30 minutes from the road.  We had a gentle stroll to the summit on a glorious November day and had it all to ourselves.  The views in all directions were spectacular, taking in a large part of the southern Lakes and down to Barrow.  The image shows the view North to the Scafells.

Residents and modern day tourists are far from the first people to visit this spot: the Romans built a fort (named Mediobogdum) in approximately AD 120 to guard the road from Ravenglass and through Eskdale; it was occupied for 80-90 years.  It was originally garrisoned by troops from Dalmatia (Croatia) who must have had something of a shock being stationed so far from home on a bleak mountain hillside in northern England.  It is still clearly visible with all its defensive walls and buildings laid out.  You can make a day of it by driving the pass, walking to Hard Knott and visiting the fort.