Steve has a background in recreational and competitive outdoor activities, combined with 30+ years of academic and professional training. This positions him uniquely within the ranks of UK outdoor activity providers. His extensive practical experience in all the major outdoor activities is underpinned by a specialist understanding of the theory behind the practice – it’s a rare combination. This guarantees an expert and personalised approach as well as a commitment to supporting everyone to realise their adventure sports ambitions.
Email 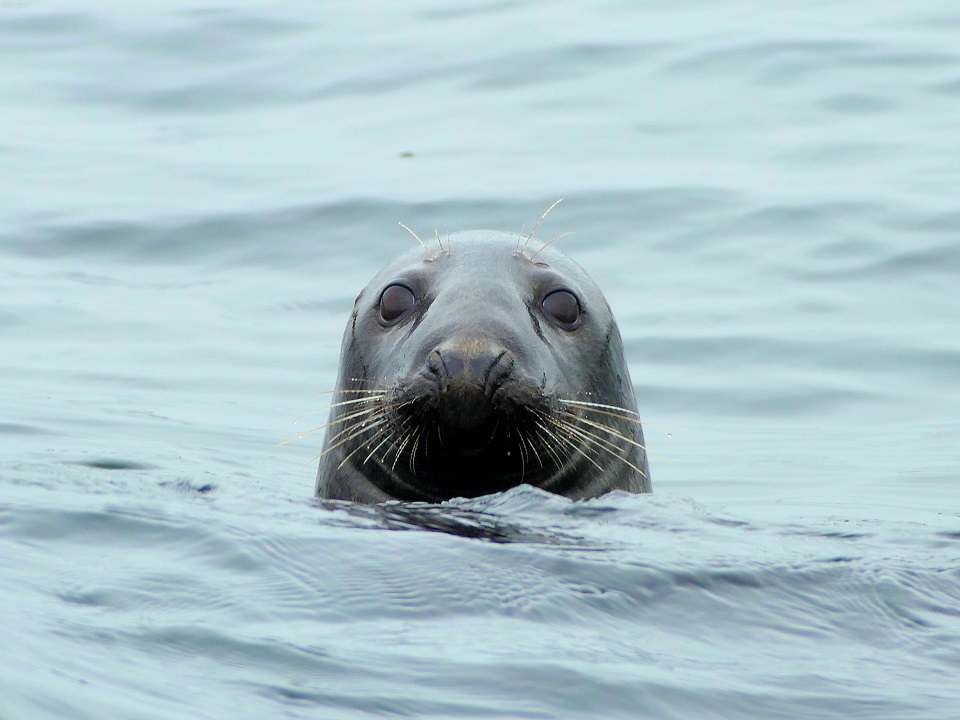 Last weekend saw Steve taking two private clients out sea kayaking from Roa Island with a specific request for wildlife encounters.  Paddling from Roa to Piel Island and then onto Walney Island meant we came across many birds including eider, dunlin, sanderling, curlew, sandwich terns and various gulls, though the highlight of the day was being surrounded by big atlantic grey seals which came to investigate us, nudging the boats and swimming beside us.

Atlantic grey seals (halichoerus grypus) are one of the UK’s two indigenous seal species (there are 33 species worldwide divided into 3 family groups).  Greys are one of 18 species of phocid seals which are often referred to as ‘true seals’ and ‘earless seals’ on account of their lack of a prominent external pinna.  Phocid seals are characterised by their slug-like appearance on land and the fact they use blubber for insulation as opposed to fur.  Atlantic greys are big animals with the bulls being up to 310kg, they join together on beaches in colonies and the males compete over the females.  Pups tend to be born in Autumn and Winter and have the classic white, furry weaner coat which harks back to camouflage in an Arctic past.  This coat prevents them swimming effectively for the first 2 to 3 weeks of life and makes them vulnerable on the beach both to external disturbance and from adult seals – particularly if they stampede for the water when spooked by humans.

It is very important with marine mammals in general to take care when approaching them so as to not disturb them or be perceived as a threat.  Steve was careful to advise his clients to stay well clear of the single mother with a young pup on the beach and to then drift and allow the inquisitive animals to approach – which they did in numbers!

If you’d like more information on seals or to engage with wildlife from your sea kayak please contact us for support.  Steve is both experienced and knowledgeable and will be pleased to help you. 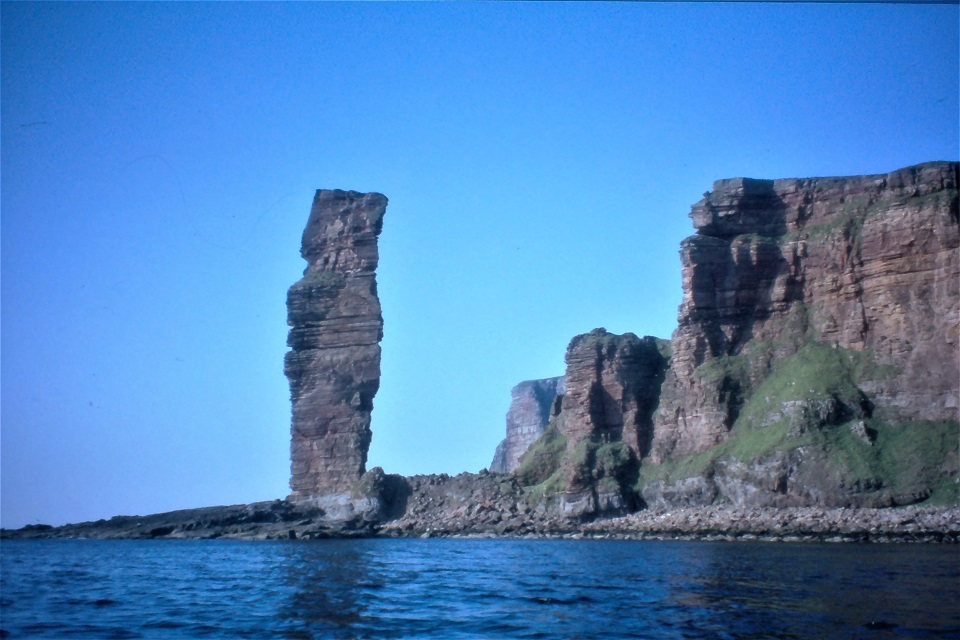 Steve’s next sea kayak trip is to the Orkney Islands with paddling days from the 27th September to 1st October.  There’s also the opportunity for some free additional days as a client on Sea Leader assessments (depending on competence) after the paddling days.  The trip is definitely running, barring unforeseen issues getting in the way, there are still a couple of places available if you’re interested in joining.

As well as away trips and personal guiding and coaching days Steve is also now putting on his normal range of courses for those seeking qualifications in outdoor activities.  He’s doing this whilst still being very mindful of the Covid situation.  We’ll still be being vigilant to protect ourselves and clients from exposure to the virus and have no intention of letting our guard down. 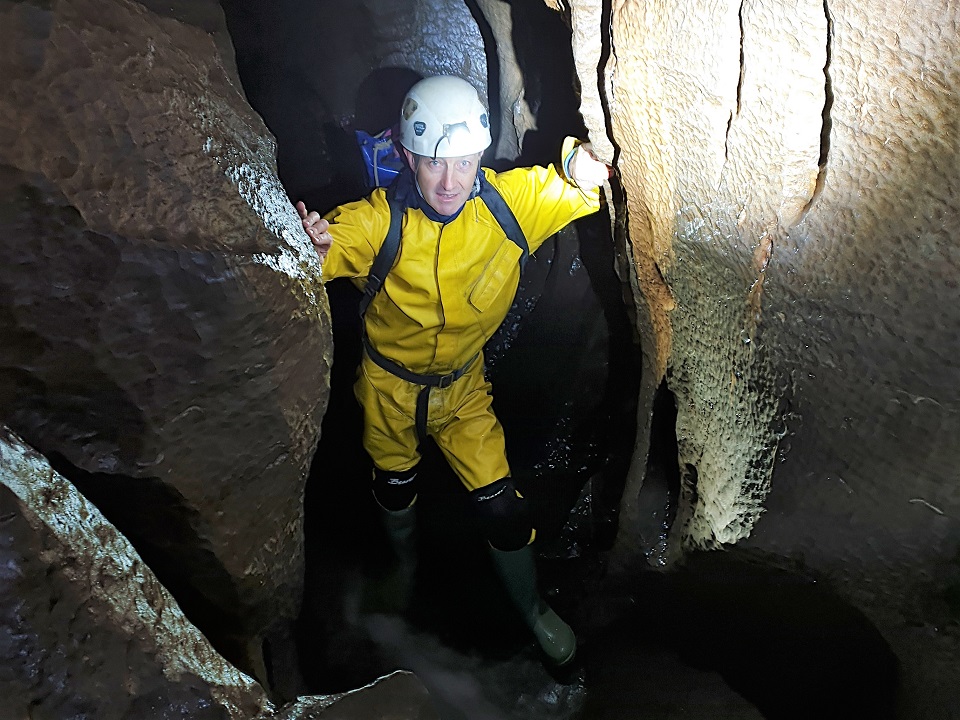 Steve ran a fun, introductory, family caving day in the Yorkshire Dales in ideal conditions.  A great time was had by all as the venue allowed for wandering along easy cave passage enjoying the environment or, in the case of one 10 year old aspirant caving ‘connoisseur’, the opportunity to delve into every small space they could find!

Caving does offer experiences of all levels to match with individual interests.  There are plenty of venues where straightforward walking and easy scrambling underground is the norm.  If this is an environment you’d like to experience get in touch and we’ll be pleased to help.

Steve’s recent research article, published in Human Movement Science , has been cited and linked to by Distinguished Professor Gabriele Wulf in her pre-Olympic article in The Conversation explaining the importance of an appropriate focus during skilled performance.  Professor Wulf has led the field in attentional focus research for the past two decades and has had a significant impact on the understanding of how performers and learners, as well as those assisting them, can best focus to optimise their movement outcomes; she has also inspired many others, including Steve, to join in this exciting and critical field of work.

The Conversation is an internationally recognised news source for the dissemination of high quality academic research knowledge and its application to all of us.  Steve’s research, using wildwater kayak racing as a medium, is one of six papers cited to highlight the range of accurately measured benefits achieved with an external attentional focus. Steve is currently writing up a further paper on attentional focus which will hopefully be released later this year.  Gabriele Wulf’s article is available by clicking on the image to the left.

Steve is just back from a fabulous sea kayak trip to Shetland which was thoroughly enjoyed by everyone.  The sun shone most of the time and we were able to paddle ten different pieces of coastline including spectacular highlights at Eshaness, Hillswick, Ronas Voe, Sand Voe and, as a grand finale, a stunning day out with a view over Muckle Flugga.  As ever, Shetland supplements such excursions with fabulous wildlife: we had wonderful, up-close views of many species of flora and fauna rare or absent on mainland UK both from our kayaks and whilst exploring on land.

We met lots of friendly and helpful folk during our time in the islands, in particular, Claire at Braewick did a great job of looking after our camping needs, whilst George at Noonsbrough was very kind and helpful as we tried to find a suitable parking and launching point- even making a dovetailed wooden momento which he gave to Steve after our paddle.

If you’d like to get a flavour of our Northern adventures click through the images on the left, all taken on the trip.  If you are interested in future trips to Shetland, sea kayak trips in general or any of the other adventure excursions Steve offers, please get in touch and he’ll do his best to help you. 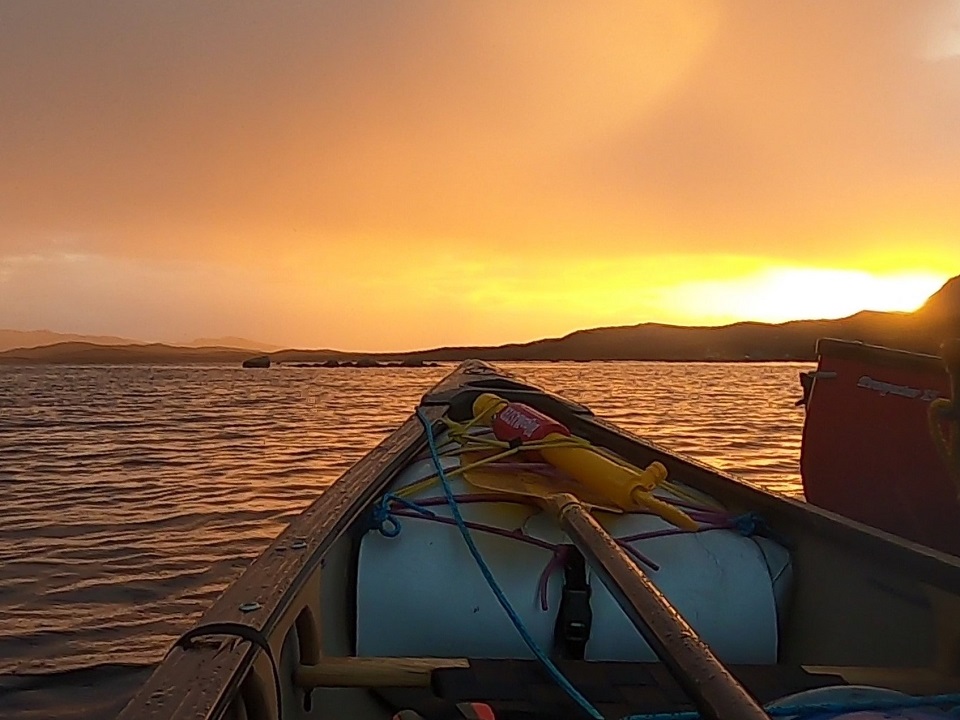 We are just returned from a spectacular, remote and committing trip to the Hebrides where Steve ran a six day canoe journey into the loch-ridden interior of Lewis.  For five straight days we did not encounter another human being – that’s difficult to do even on our Canadian trips – and provides an insight into just how little visited an area it is.  There are reasons for this of course: it’s challenging with long paddling days on exposed open water; variable and rapidly changing weather; difficult ground for camping and, of course, it’s not without its portages.   Notwithstanding this, and bearing in mind the famous Canadian canoeist Bill Mason and his quote “… you get a better class of paddler after the first portage”, we endeavoured to live up to his ideals ensuring we left no trace of our passing through, save for a few footprints in the sand.  Our reward was a unique trip in a fantastic landscape full of wonderful views and amazing wildlife: we had regular encounters with sandpipers, cuckoos, grouse, snipe and divers, though these were upstaged by the almost constant presence of eagles above our tents – at one point we had four circling overhead, then landing and taking off again close by to soar with a backdrop of the snow capped peaks of Harris’s mountains.

This trip will live long in the memory.  Thank you to everyone who came to join us on the journey.

By Steve|May 26th, 2021|Canoe|Comments Off on Where Eagles Dare
Read More

Steve’s first paddling course since the easing of Covid restrictions was a three day Sea Kayak Leader training course using St Bees, Walney Island and Roa Island.  The course culminated with a great day for everyone at Roa Island, starting with a launch into a flooding 10m spring tide flow and surfing on the wave crossing the jetty by the lifeboat station.

A serendipitous encounter with Mark Tomlinson of MT Headspace led to him filming us with his drone and the production of the adjoining video clip.  Depending on your screen resolution it can be played picture in picture or full screen in HD.

Steve’s next Sea Kayak Leader course is the 11th & 12th May on the Cumbrian coast.  If you’re interested in this course or sea kayaking at any level please get in touch with us and we’ll do our best to help. 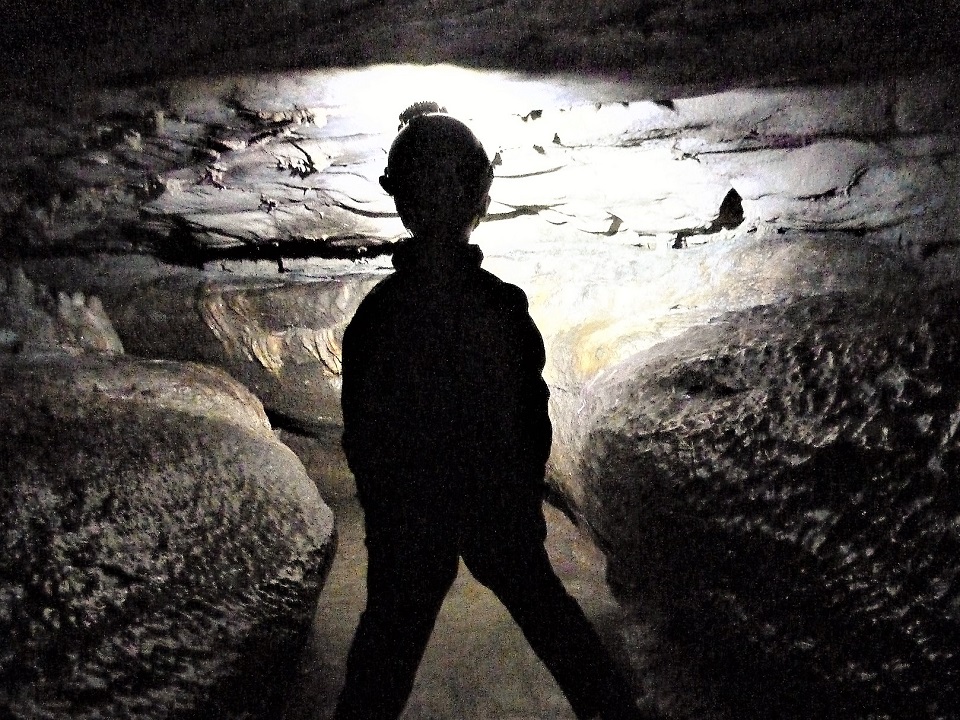 Not quite as intended by The Jam – and we certainly weren’t in a jam, but last week we did manage to run our first caving course for 15 months.  Perfect dry and warm conditions, coupled to new freedoms, enabled us to provide a Cave Leader assessment in the Ingleborough area of the Yorkshire Dales.  Whilst we adhered tightly to Covid-19 rules, this didn’t prevent the candidate and their group having an excellent day out.  We later also learned that this was the first such course to be run nationally since the easing of lockdown, so we’re pleased to be at the vanguard of what we hope to be more exciting but safe adventures going underground.

If you’re interested in trying caving, or in progressing your caving qualifications, please get in touch with Steve who’ll be pleased to help you.

By Steve|April 20th, 2021|Cave|Comments Off on Going Underground
Read More 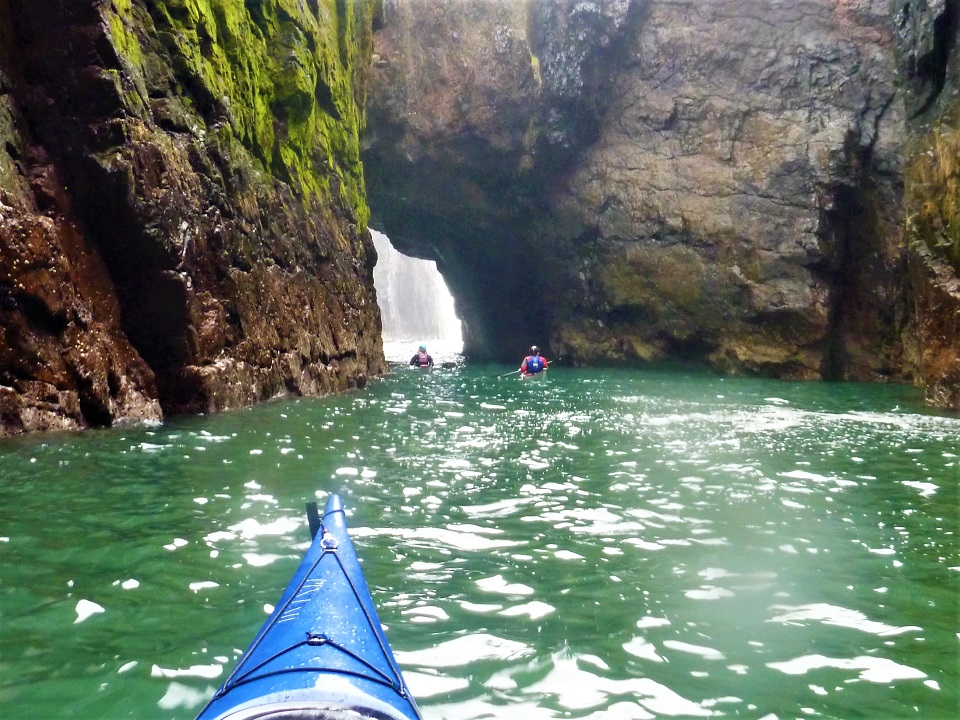 If you’re already a sea kayaker and are looking for your next adventure with support, Steve has put on two weeks of sea kayaking in Shetland in mid-June.  Shetland is Steve’s favourite place to go sea kayaking as the combination of its geology and position in the North Atlantic has led to a intricate coastline with countless caves, arches, stacks, tunnels and cliffs.  To add to this is the sense of remoteness and the stunning wildlife: you’re guaranteed to see amazing sea birds with the chance to spot some very rare species.  Otters and seals are common and porpoises, dolphins, minke whales and orcas may come our way.  These weeks are suitable for competent sea kayakers; if you’re interested please get in touch with Steve.  Further sea kayak weeks will be advertised shortly for the early Autumn. 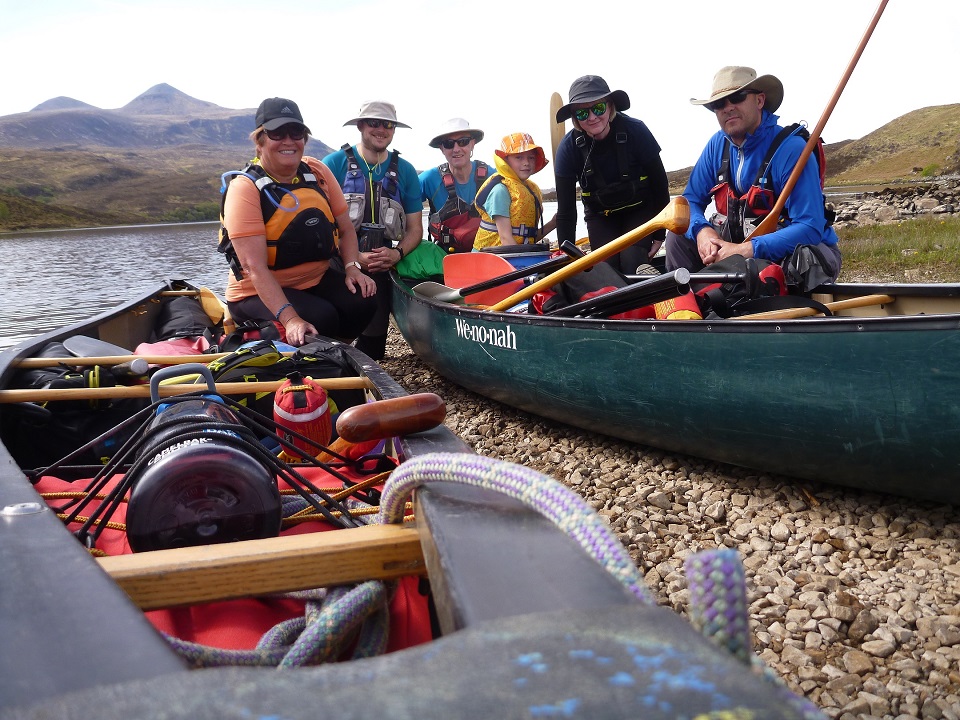 Steve’s Hebridean canoe trip is definitely running, barring a reversal in the easing of lockdown.  This adventure canoeing holiday is from the 17th to 21st May and is a wild camping, self-sufficient journey in the spectacular wild lands of Harris and Lewis.  As with Steve’s Assynt expedition, we will build in a day to explore the surrounding mountains and abundant local wildlife, or to just laze in camp reading or absorbing the experience.  The exact itinerary will be kept flexible to fit in with client needs and the weather and conditions at the time.

The ferries are filling up fast but there are a few places remaining on this trip, so if you’re interested in coming along please get in touch as soon as possible.

By Steve|March 20th, 2021|Canoe|Comments Off on Hebridean canoe trip May 2021
Read More
12Next
This website uses functional cookies only to provide a better user experience. No tracking or marketing cookies are used. OK
Go to Top