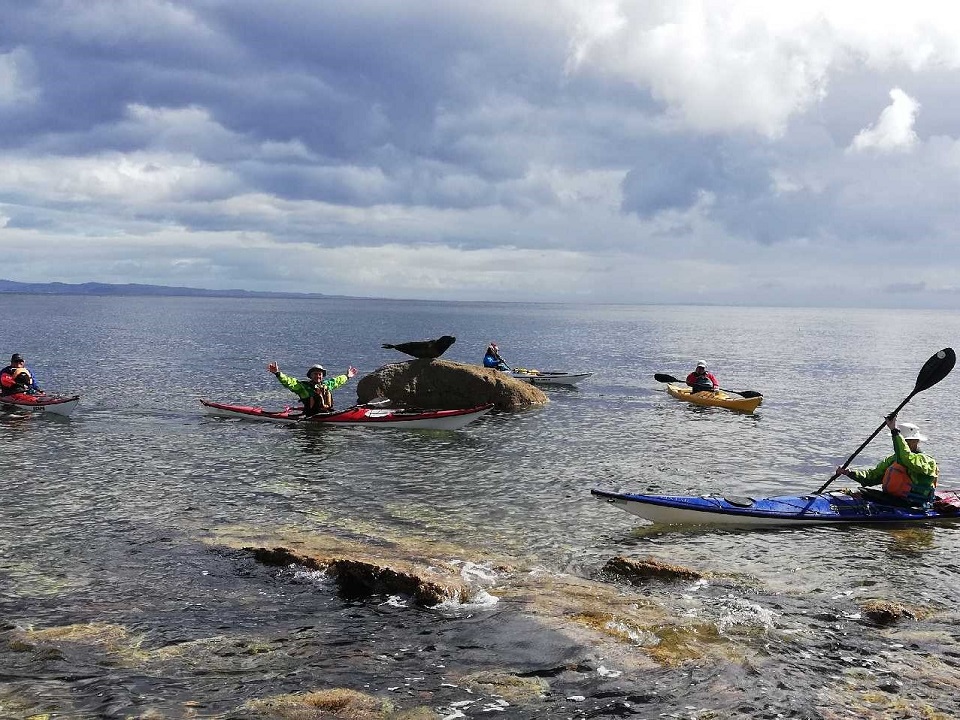 Trips and courses have now tentatively resumed with a really successful sea kayak week on Arran.  Despite everything from horizontal rain storms to hot sunshine we had great days out paddling from Lamlash, Whitefarland, Lochranza and Sannox – thanks to everyone who came on the trip.  We were well looked after by Elaine at Middleton’s campsite in Lamlash and it was good to catch up with Ian and David from Arran Outdoors while we were there – the adjacent photo is by David Lydon who spotted us paddling by Marvin Elliott’s seal in Corrie.  The old Clyde paddle steamship Waverley came past us into Lamlash Bay which was a great sight though, unfortunately, it later ran into the pier in Brodick denting the bow and causing quite a commotion.  The next adventure is a sea kayak trip to Skye starting on the 14th September followed by Advanced Sea Kayak Leader training and assessment courses on Seil at the end of the month, so we’re hoping for fabulous weather and no midges – we can dream!

By Steve|September 6th, 2020|Sea Kayak|Comments Off on Sea Kayak trip to Arran